The Colonial Pipeline sprung a leak, spewing gasoline, causing long lines at gas stations and price increases at the pump from the Southeast to the East Coast for over a week. The leak also provided the petroleum industry an opportunity to emphasize how important pipelines are to keeping gas in your tank and prices down. And darn it, we need those pipelines, and new ones too, and those pesky “protestors” are in the way!!

“You certainly can’t build any new infrastructure, because people are protesting against it,” said Barbara Shook, a senior reporter for Energy Intelligence.

She said attitudes toward pipelines in general could be affecting energy resilience.

“A lot of our infrastructure is old, and getting it repaired is difficult because you have so many protestors who just want us to abandon all our infrastructure,” Shook said. “I guess we’re supposed to walk from Texas to New York now.”

Thanks American Public Media “Marketplace” for this ridiculous statement of oil industry propaganda. Could you guys at least try to remember that old concept of  “journalism” or “media responsibility”?  Would it be that difficult to just ask, “Does it make sense to use the term ‘energy resilience’ when talking about fossil fuels?” Or, “Can you provide details about protestors preventing the repair of existing infrastructure?” But no, just broadcast it verbatim. Sheesh.

Why not cover the real story? The petroleum industry is making a last ditch land-grab to connect a national pipeline network. The network, if completed,  will allow them to move, market, and export petroleum products—including fracked natural gas—which is too expensive to export with existing means (refer to Marketplace’s own pipeline promoting stories about petroleum in rail cars, safety, fires, explosions etc.) If they can get away with it, the corporations rely on “eminent domain” to trample the rights, property, regulations, and natural preserves of individuals and states that would otherwise never allow it. We’ve all heard now about the Dakota Access Pipeline and the Standing Rock Sioux water protectors. What is less known, similar pipeline battles are occurring elsewhere in the US, including the controversial “Penn East Pipeline” in Pennsylvania and New Jersey.

So, how fortuitous for a price-bumping gas pipeline leak to affect so many people and garner press attention right as the Dakota Access Pipeline is on the front page of most news outlets! Seriously? Doesn’t this sound even the least bit like a Chris Christie “Bridgegate” job?

“Time for a little gas crisis!”

These links open in a new window:
Oil Train Traffic is Down – for Market Reasons
Will the latest oil-train fire make people rethink anything? 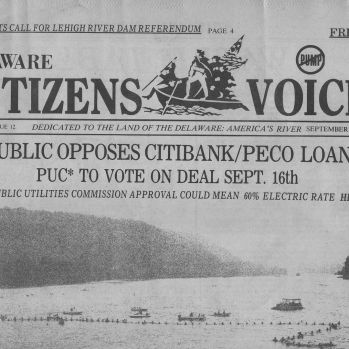 Hands across the Delaware. Citizens did this without Police. Without approval of the mayor. Every so often we must remember democracy and speak up. #Lambertville stood up for the #delawareriver #StopPennEast 4️⃣ days left to comment. http://ift.tt/2c9NA3g via Instagram http://ift.tt/2c25Q10

Like Loading...
My Tweets
☕️ SUPPORT CHRISTO! Treat me to a cup of coffee... make a donation of any size and encourage me to keep writing this blog! Use a credit card! No PayPal account necessary!

Now an Audible Audiobook!
“A Quail in the Family”,  The Story of Peep-Sight by William J. Plummer

“A Quail in the Family”, “Friends of the Family”, and “Five of a Kind”, eBooks by my father, William J. Plummer, are now available on Amazon Kindle!!